She fought for my family .made herself available at all times.she went above and beyond her duties.

Posted by a client on Lawyerratingz.com February 25, 2013

She is very professional and fair. She really goes to bat for her clients, and she will not let anyone take advantage of the situations she is fighting for. She is awesome, and I would recommend her to anyone who asked.

Posted on AVVO by a Child Custody client
January 22, 2014

Unafraid to back down from a challenge! We were able to get more accomplished at one court date with Raleigh than our previous attorney that we had for years. Very responsive when matters are urgent!

About Our Law Firm

​Excellent and professional in every aspect of her job with clients and other attorneys. I would recommend her as a divorce attorney. She is honest and very accurate.​

Posted by a client on Lawyerratingz.com on October 10, 2014

Raleigh has handled my case and has done an eceleent job. She is honest and ethical in all aspects. She worked hard for me. She honestly answers all your questions responds to phone calls and emails. Posted by a client on Lawyerratingz.com July 2, 2012

Raleigh Kalbfleisch helped me with financial problems I was having, years after the divorce. I never had to remind her of anything. She was fantastic. She knows the law inside and out, has many ideas, stood firm for me in front of the judge. She was so fair in her pricing - there were never any surprises.

Raleigh received her Bachelor of Science from Purdue University in 1993 and graduated from Quinnipiac University School of Law in 2001.  Raleigh is a solo practitioner in Wheaton, IL.  The firm handles matters in Wheaton, Kendall, Kane, Will, DeKalb, and Cook Counties.  Raleigh has also served as Guardian ad litem in the Eighteenth Judicial Circuit. From 2006 to 2008, Raleigh was a Special Assistant State’s Attorney for DuPage County in the Expedited Child Support Division. 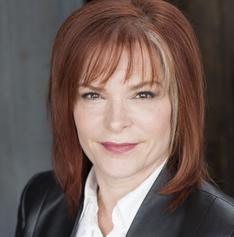 Raleigh has been representing me for a post-divorce case regarding financial matters - first - medical bill reimbursement (for my children) and now - child support. She has been EXTREMELY helpful and has been more knowledgeable than any divorce lawyer I've had in the past. She returns calls and emails right away, does an extremely thorough job, and explains things/answers questions thoroughly.